Deakin University is a public university in Victoria, Australia. Founded in 1974 the university was named after the second Prime Minister of Australia, Alfred Deakin. The Geelong Waurn Ponds campus is in a rural setting, with surf beaches and the famous Twelve Apostles close by.

The primary objectives of the new lighting scheme were to increase the light levels, reduce energy usage and to provide a safe and secure environment for the students. Thorlux proposed the use of Passway bollard and Juno pole top luminaires to illuminate the walkways. Passway is a very high performance lighting bollard with a contemporary appearance. Contained within the IP66, IK10 head unit, custom designed, high performance optics direct the light exactly where it is needed. A dedicated lens for each LED ensures the most efficient distribution of light resulting in highly impressive luminaire spacings whilst still maintaining uniformity. Each bollard has two light distribution settings selectable via an internal switch. The area distribution provides 360° light output whilst the pathway distribution gives 180°. The Passway uses Thorlux patent pending FlexBase technology which, during impact, allows it to pivot up to 10° from the vertical, gently returning to the upright position once the force is removed. 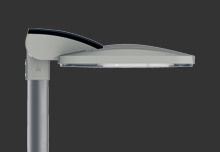 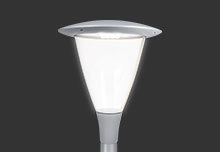 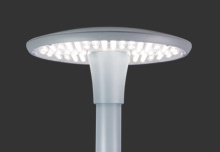 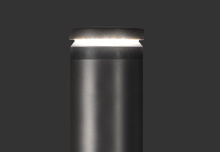