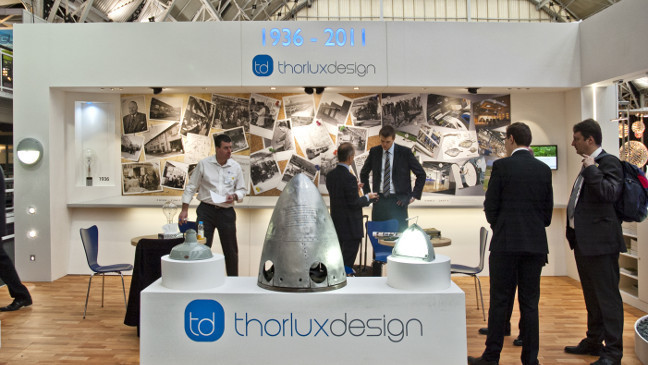 Thorlux Lighting exhibited at The ARC Show 2011 at the Business Design Centre, London. To mark the company's 75th anniversary the stand was designed to illustrate Thorlux's history and heritage alongside the latest developments in LED luminaires. The Thorlux Design and Smart External LED luminaires were positioned in key places throughout the stand. Taking centre stage was the ground breaking new Folio LED area floodlight which generated a great deal of interest with its contemporary design and energy saving potential.

A photographic timeline incorporating documents and pictures from as far back as 1936 through to the modern day emphasised the changes in production methods and technology over the last 75 years. Central to the display were an original nose-cone from a Spitfire aircraft, spun at the Thorlux factory during World War 2, and a 1940s vitreous enamelled reflector.